Indeed animals cannot speak, but can we refrain from speaking on their behalf or even representing them?

Let’s listen to their silent crying of agony, all of us, and help that crying to be listened to all over the world. Rukmini Devi Arundale (Indian dancer, founder of the Indian Animal Welfare Board).

“Blood farms” can be found in Argentina and Uruguay, where blood is taken from pregnant mares to sell it to major European pharmaceutical companies: in Europe this is not allowed by law and is therefore carried out in South America where it is still permitted.

Gonadotropin is a substance given to sows and other farm animals to induce them into mating and obtain a greater number of animals to fatten up, slaughter and sell. Blood sampling is taken between the fortieth and the one hundred and third day of pregnancy.

Up to ten to twelve litres at a time are extracted: as a result, the mares often collapse or even die.

To those ones who became too weak, abortion is induced by puncturing the placenta with one hand. This makes them no longer reproductive: they eventually die from anaemia or are brought to slaughter.

The mares who manage to have foals, are unable to breastfeed them because too weak for it. Surviving male foals are destined for suppression, sometimes in a horrible way as in some dairy cow husbandries or laying hen farms, whilst females enter the blood production chain.

This is undoubtedly a cruel treatment that just involves further sufferings to animals belonging to other species and increasing livestock.

Pregnant mares are also being exploited for the production of a drug extracted from their urine: Premarin, taken especially by women since the 40s for the treatment of menopausal symptoms, osteoporosis and heart diseases.

About 35,000 mares in different farms scattered between Canada and some states of the Midwestern United States, are left standing upright for six months in small boxes preventing them any movement.

Water supply is rationed to get concentrated urine and liquid collection bags are hooked to the back of the animals, causing them ulcerations due to skin rubbing.

In addition to that we have to consider the stress caused by forced immobility, painful hoof deformation, leg and joint wounds, genital infections and breathing problems due to poor ventilation.

In the 80s, activists from various animal welfare organizations complained about this practice: since then, there has been a significant drop in this product’s consumption thank also to the introduction of synthetic molecules.

As a matter of fact, mare hormones are not compatible with female human body. Dr. Joel Hargrove, director of the Centre Vanderbilt for Menopause in Tennessee, said that “ Premarin is a natural oestrogen for a woman, providing her natural food is hay.“

Alternative treatments for menopause are available such as phytoestrogens from soy, angelica, chasteberry, sage and clover, used for centuries in herbalism and with no side effects.

Sakyamuni Buddha in the Sutra Surangama asks “Why inflicting sufferings on others, when we ourselves try to escape them?“ 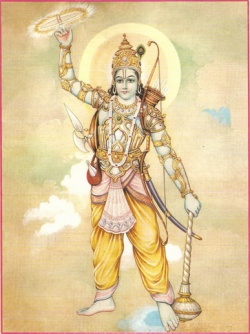 I have no answer but when I read about such stories, I wonder whether the creatures that perform such cruelties belong to the same kind of Mother Teresa, Albert Schweitzer, Mahatma Gandhi, Martin Luther King and many others.

Our conclusion is negative: these charismatic personalities were not earthily but “heavenly”, coming from an unknown dimension simply to teach us what feelings are and new ways of perception, devoid of greed and selfishness.

I cannot think of a better answer. 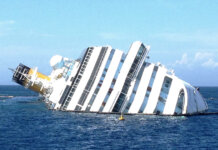